Some days it seems like we will never get to the end of the demo so that we can begin putting everything back together again.  I waited for a day with very little wind, so that I could burn the remains of the garage.  That was fun.  You can check out a video of it here.  I burnt the grass within a 20 foot radius of the pile, but other than that, it was a pretty uneventful fire.  It was so hot that even hours later I couldn't get within 10 feet without feeling like my face was getting scorched. 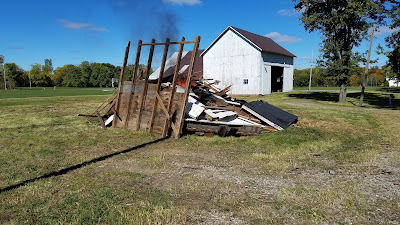 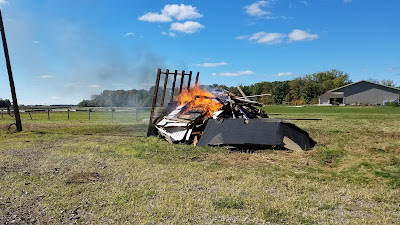 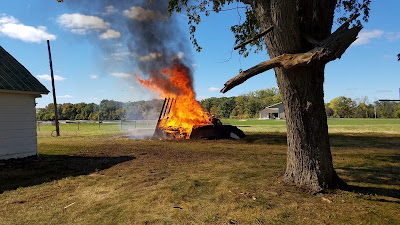 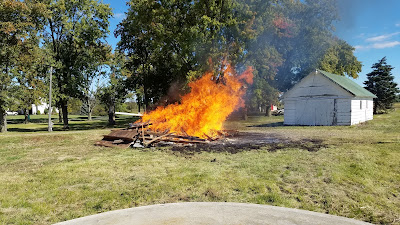 I decided that the same morning of the fire, I would jackhammer up the cement pad in the garage.  It has been over a decade since I used one of those things, and it's been a fairly sedentary decade.  They say that pain is weakness leaving the body.  That jackhammer must have shaken loose all of my weakness and caused it to try to leave my body all at once.  It wasn't the shaking that was the issue. It was having to hoist that thing back up every time it broke through.  It was like doing curls with an 65 lb. dumbbell for 6 hours straight. 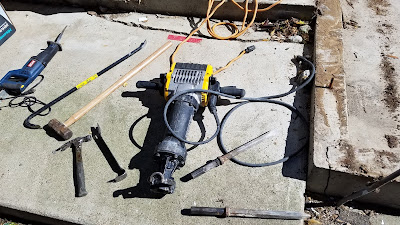 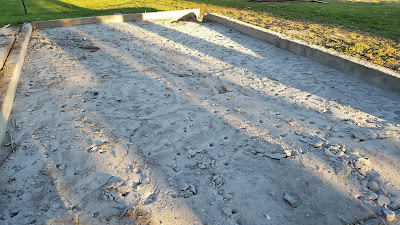 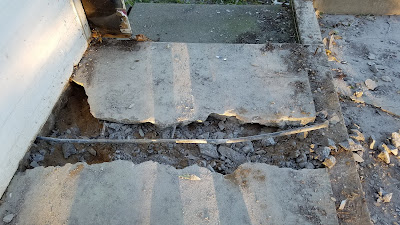 I did some more demo on the wall had been damaged by a leak.  The damage was more extensive than I thought.  I found some nifty looking mushrooms growing in the wall. One is pictured here. I am pretty sure that isn't ideal. 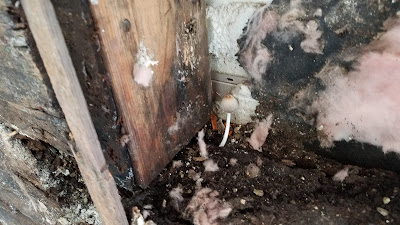 We've had a tremendous amount of help from family, and we are extremely grateful for it! We managed to catch a couple of them in the act. 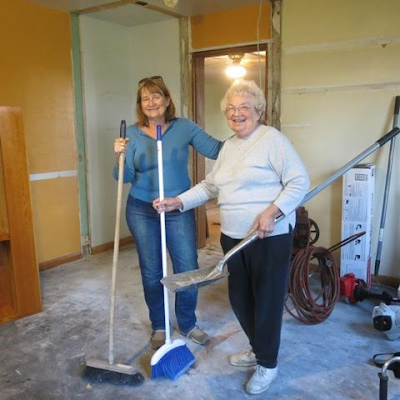 Grandma and Aunt Vicki helped us clean up some of the mess. They also brought Subway, which really hit the spot.  I had to work hard to keep up with grandma once she got there.  Don't let the shovel, broom, and silver hair fool you, she actually helped carry the built in cabinets that I removed (pictured below). 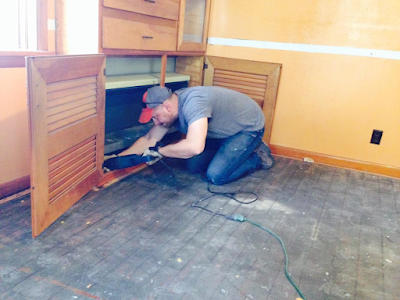 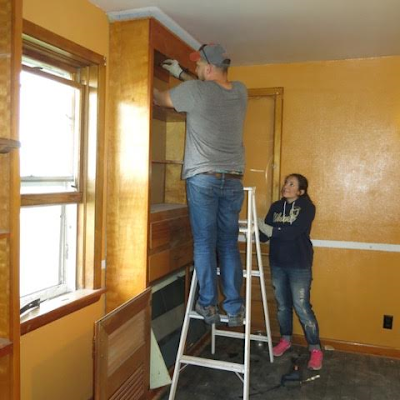 Dad has been a huge help.  I'm not sure how he does it either. He worked 3rd shift, and then came to out house for 1st . . . and 2nd shift.  I couldn't survive on that little sleep. 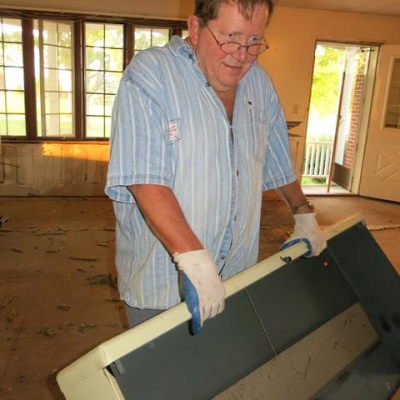 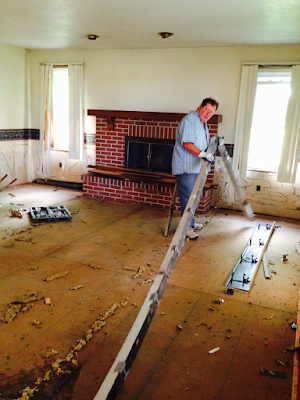 We've done some pretty significant demolition on the inside of the house. I'll do another post (or perhaps Vanessa will do one) with some before and after photos.  There's still a lot to do, and I'm about 10 days behind where I thought I would be, because I worked an extra week, and I wasn't planning on being the one to take down the garage or remove the cement pad. I'm still taking every moment in, and enjoying all of the unplanned events.

We haven't quite complete finished a single area, and that's tough for me, because I like to get things totally done and off of my list.  We visited the Fin Farm, to get everything we need to get the pond rehabilitated.  That was great fun, and Vanessa covered it in a post titled Trip to the Fin Farm, Meeting a Frog, and Our First Murder.  We only have about 100 feet of weeds to pull from around the pond, and then I can spray it, and we can check one thing off the list as totally done.  That will feel good.

Stay tuned until next time!
Chris