Still working on the demo this past week.  In my last post I showed a couple of pictures of the bathroom demo.  While doing that, I discovered that the walls needed some more insulation. When we started the project, I knew that there was a possibility that we'd need to re-insulate, and early on we discovered that the ceilings had been lowered.  The existing drywall had some damage, and we are rewiring and re-plumbing the entire house, and all of that taken into consideration resulted in a decision to remove the drywall and plaster of the entire downstairs.  Some before and after photos are below. 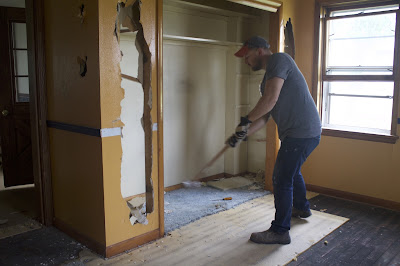 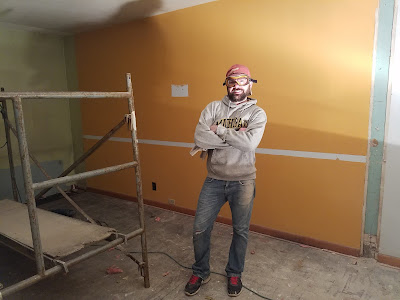 My demo partner for the week. Jeremy swings a mean sledgehammer and crowbar. I couldn't have done the demo without his help. 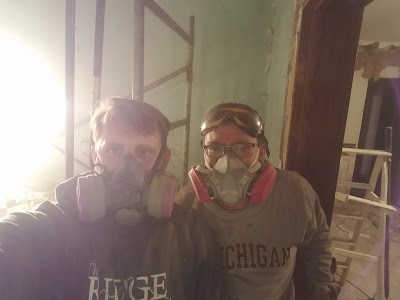 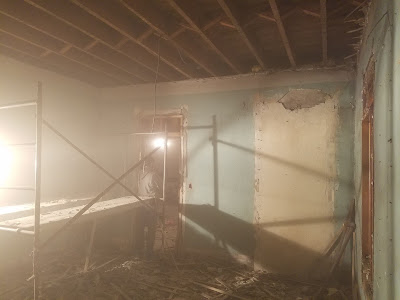 Ceiling down and drywall off the walls. 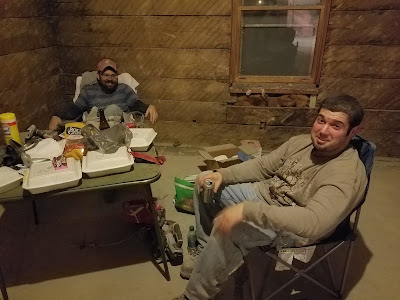 A couple of days later my friend, Matt, joined in the fun.  This shows the walls with the plaster completely removed.  The entire house has these 12" wide boards.  Would those have been the original walls?  I've never seen anything like it before.  Please comment if you know. 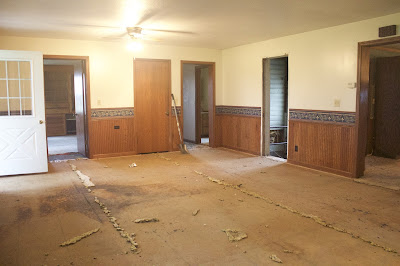 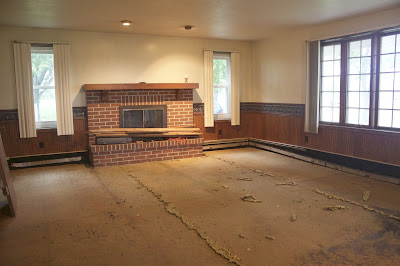 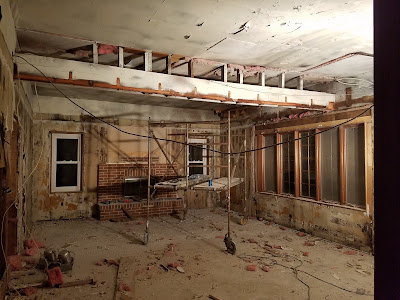 Low Ceiling removed, and drywall off of the walls. The beam in the middle of the room was used to hold up the lowered drywall ceiling. 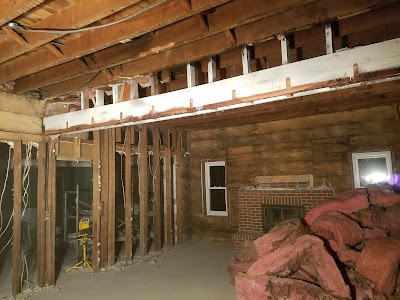 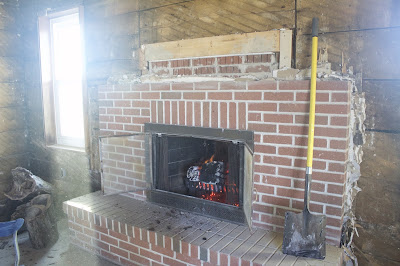 Demo completed around the fireplace. The fireplace still made a nice fire. 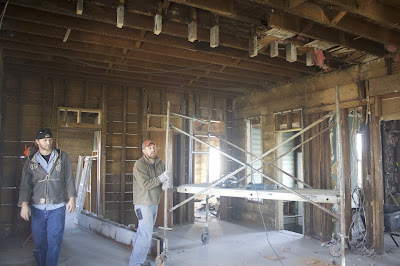 Without the drywall, there wasn't a need for the beam anymore.  My Brother-in-law, Seth, helped Matt, Jeremy, and I on demo in this room and in the kitchen. 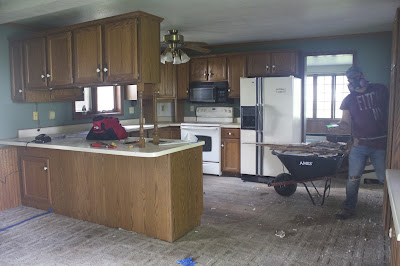 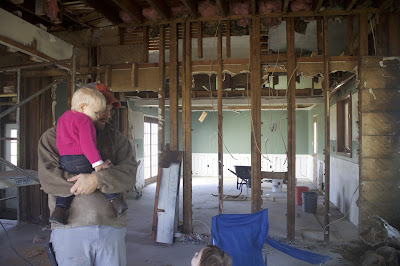 A view in to the kitchen from the living room.  The kitchen ceiling is out.  Soon this wall will be replaced with a beam and the entire space will be opened up. 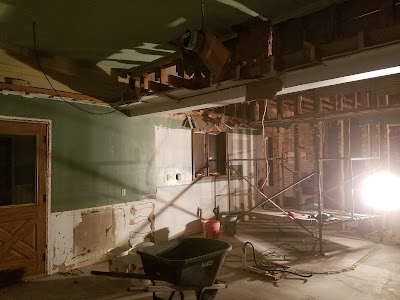 Kitchen ceiling removed.  This one was tougher, because there was drywall and also a plaster ceiling only one inch above it. So I guess we technically removed two ceilings.  The higher plaster ceiling will stay, and we will just put drywall over it.  If I open it up, all of the insulation in the attic above will fall down. 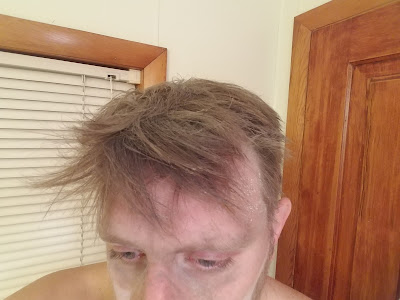 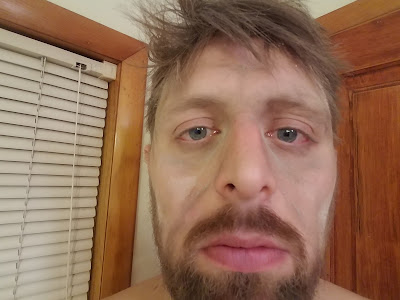 We all wore respirators and safety glasses or goggles during this phase in the demo, but I still came home pretty much like this every night. Only a small bit of drywall remains to be removed.  That should happen right away next week.

This coming week is a big week.  The garage foundation goes in, and then the garage construction can begin.  Additionally, the plasterers said that we did a great job on the drywall removal, and that they will start plastering as soon as we have the plasterboard install on the ceilings, and any additional outlets installed in the walls. Finally, we've got our furnace and A/C picked out, and should be ordered next week as well.

It's exciting to be transitioning from wrecking to fixing.

That's all for this episode.
Chris